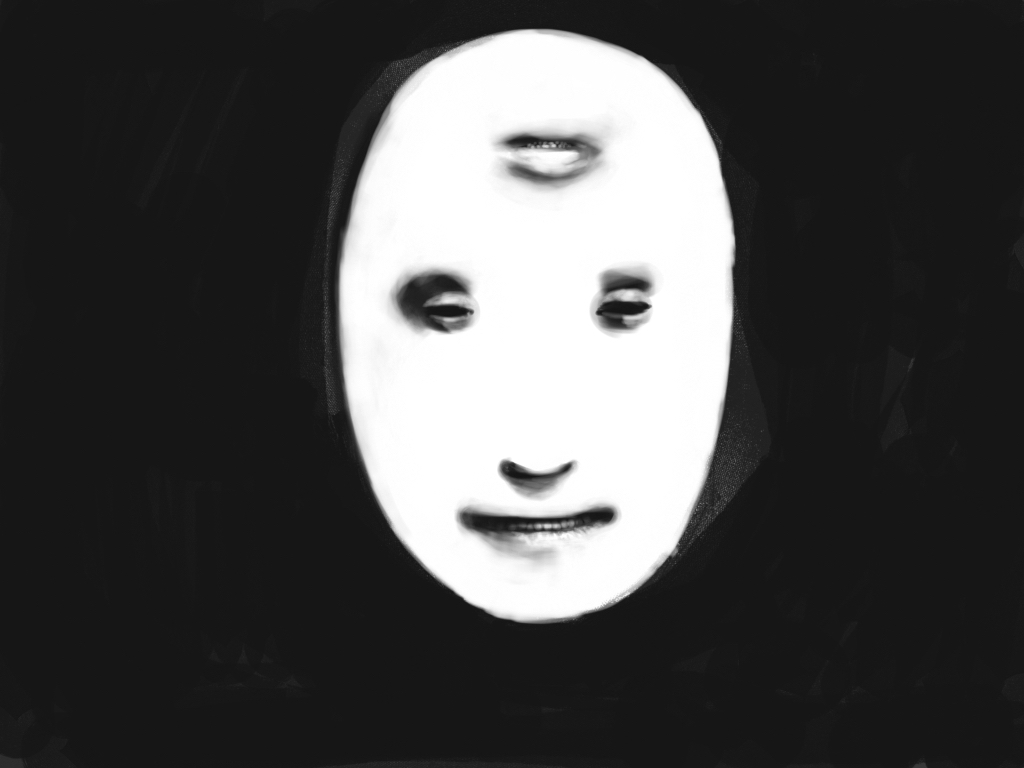 It rained here this afternoon, but where else? Did people without umbrellas run around, and did cats find refuge under parked cars?

I was looking for a cafe to take shelter, worrying about the little, red leather covered notebook in my pocket getting wet, but whose face was it that you were looking at, through windows dotted with raindrops. Probably your hands were all over your hair, pulling parts of it, gathering them in one hand, then letting them go, amazed by the sight of indoors. Yet after a while, I guess you would forget about your hair and leave that window for another.

Apparently I had come from Yüksekkaldırım side, putting great effort into not falling, and you had let yourself go with the downhill slope from Beyoğlu. Not had I seen the Galata Tower yet, I saw you at the window of the tripe shop at the corner. We both watched the man inside repeatedly throwing the tubelike meat from hand to another. I wanted to use it to dust the ancient TV set inside. You, as if read my mind, stared with disapproval at my dark blue beret. I felt ashamed, and because of it I asked you to tag along. Who else asked others to join them at that very second, I wonder. Where on earth, in tripe shops lemons were cut in half, and scent of vinegar stung noses?

You followed me, deadbeat and exhausted. We walked to Şişhane, you were behind me all the way. Sometimes I couldn’t hear your footsteps and I looked back worriedly, your half smile with your three (and only) teeth was always there, a refreshing sight.

We entered a cafe. All cafes had vapor on their windows and whistling tea pots then. Fortunately, the owner knew me and didn’t mind me dragging you in. His gigantic moustache moved slightly as he said “Come in.”

We sat down, I ordered soup from the doner shop next door. Lentil soup, strained. I squeezed half a lemon in it. And you added half a loaf, in tiny pieces. For every sip your mouth got, your hair got two. Then you leaned on your back, and I ordered tea for the two of us. I dropped five sugar cubes and squeezed the other half of the lemon to your glass. I lit a cigarette, you asked for one. The lighter blazed your eyelashes, you didn’t mind.

People stared at us; who else on earth, looked at others like that, judgingly at that moment? Or purple gray clouds, cafes with stone flooring inviting vicious eyes in?

You had a wide chest, with straight up shoulders on top. Maybe your arms were still muscly, your back steel. Only your knees looked weekend, they lost strength everytime you hear sirens. You began running, as far as possible. You would stop somewhere, anywhere, you couldn’t figure out where you were, followed by a lot of swearing and pacing up and down. Then your knees would give up, and make you crawl into some corner. You would fade away in muted dreams. Sometimes a stray, sometimes a city worker with reflectors on their vest woke you up. The dog was okay and kept you company during the day too, but damn those city workers, they would poke you until you wake up, kick or curse when you do, tell you to go the hell, or a similar whereabouts.

Half bagels, pastries, water bottles left on handrails gave you more warmth than your mother’s arms. You would rub those stone-like bagels all over your face, kiss the crumbles, then eat them whole. Somewhere, someone must have started a good old fire in a barrel. You would find it, warm your hands and burn your hair a bit. They wouldn’t mind.

My eyes found the details on the two scars pouring from the tips of your nostrils, downwards to your chin. I could have been the victim of a gruesome death rolling down those creaks. The idea gave me chills. I ordered two more cups of tea.

I wonder if your now filthy hands had ever wrapped around a child’s? Or a woman’s, either soft as silk or rough and rugged from being in and out of white soap…

Who could know how many women and how many children had gone missing? At that very moment.

You knew your spirits well. Rakı was your specialty, you had it neat. Before, I mean. A loose grim on your face, you would sneak some notes in waiters’ pockets. You would make it rain for folks, I know you did. Scent of anise and melon mixing in low-ceiling restaurants. You were invincible for the night, once you start singing from the depths of your heart. Fatma would glance at you from the other end of the table, her eyes asking why her and not me, her glass raising towards yours without many of the diners noticing. And for her, Elif, you couldn’t stand straight up and look right through her eyes.

Did you settle for Fatma when the nights ended, walked up to her apartment slowly but not steadily?

You are now unpacking sugar cubes and eating them. Sugary saliva dribbles on your beard. I sign the owner that we are okay, we order kunefe from the kebab shop next door. It comes pretty cold, but you don’t mind.

How many other people on earth, at this very moment, are slicing their kunefe in half even though the cheese inside is stiff? Do women stop at watching the syrupy dessert, afraid of calories, and do children just eliminate the fork option and dig in with their tiny fingers?

You were a cop. You can’t fool me!

You were in there when flies hit the lightbulbs hanging from the ceiling of interrogation rooms, and die, sizzling. You didn’t wear a uniform. You didn’t use a holster either, you shoved your gun in your dark beige pants, and your shirts were all dark blues. You didn’t polish your shoes, not ever, you wore them until the leather fell apart in pieces. You never put your feet on your table, the ones that disgusted you the most were those that stood in front of you, handcuffed. You didn’t throw thieves in jail though, you welcomed them in, always, or prostitutes, you ripped their headshots apart. When you needed, you took your jacket that you almost never wore and put it over your shoulders. You never made junkies wear the black plastic bags they held, you never took golden chains off of pimps.

You had mid-length hair, you had them trimmed every two weeks. You did fancy the whites on your sides, and so did Fatma, but she didn’t make it obvious. You wore a giant achate ring on the ring finder of your right hand. You hit on your desk with it, found a tune and played it for hours. Just like your hand does now.

You sucked a cigarette to its very end, just everyone else who fills filth in their lungs right now, all around the world.

Your feet was covered, your toenails were intact and mud-free then. They were always cold though, you wanted to press them on the heater.

One day, you couldn’t just figure out what went on. Mid day, you stopped and took a look at yourself, from outside. Those thin wires were at work again, buzzing through veins, you heard the hissing sound. The screams echoed within the four walls, coming out of an underaged boy. You stood on your own guilt, took the thin wires and held them right on your eggs. You turned the voltage to the highest.

The owner obviously couldn’t stand anymore. He leaned in and whispered: “The customers complain about the smell, can’t you take him and leave, son?”

How many people, right now on earth, use their index fingers and thumbs to cover their nose because of the smell, I wonder. Which ladies are challenging the stinky waves with luxury perfumes, and which gentlemen grabbed their ladies’ arms and said come on Nazan, let’s get out of here.

We got up, and left the cafe.

The rain was over.

I felt like I heard you say something, out of your only three teeth. I looked at you. I wasn’t wrong.

Spurting lentil droplets out of your teeth you shook your long, oily, filthy hair that turned into one-piece…

You let all you have left go, downhill from Yüksekkaldırım.

Note: “The Hiss” is originally published by Prometheus Dreaming Magazine on May, 2019.