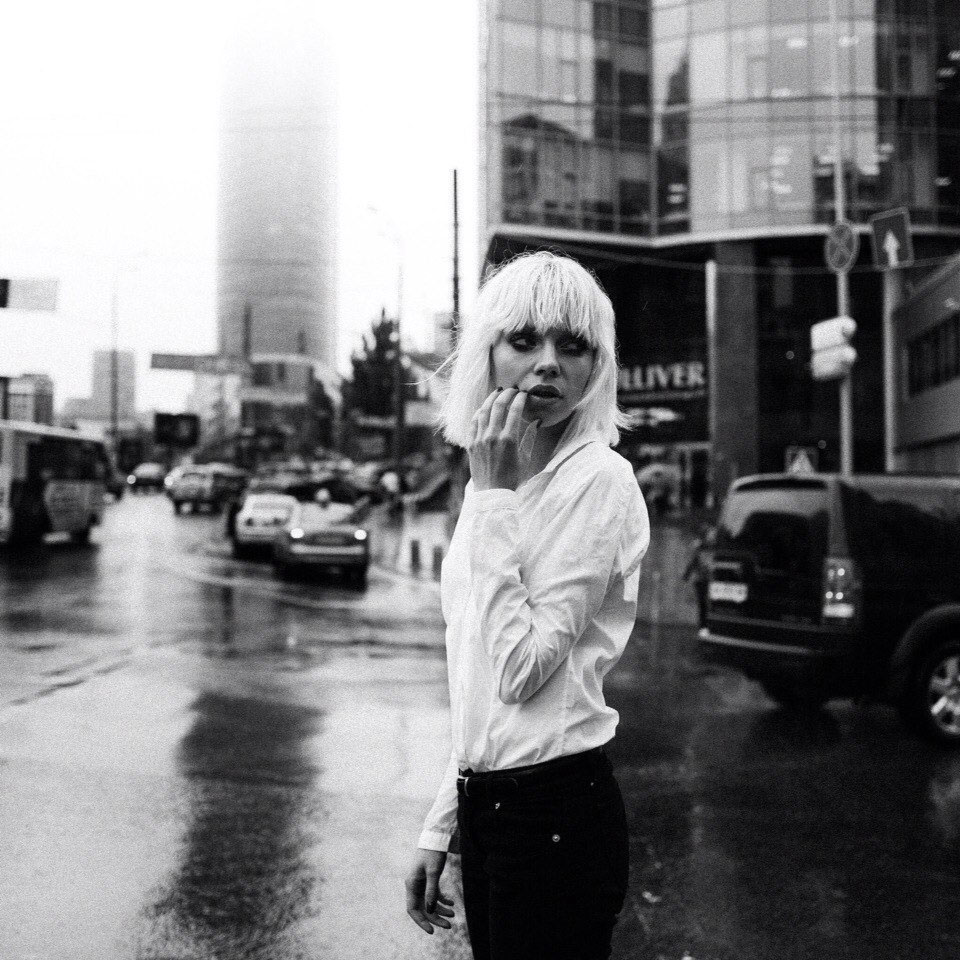 I see some stairs behind the metal bars, and behind them there are more bars; but higher, thicker, and they are made like filigree. Between every two bars there are doors that only one person can pass through, but there are padlocks to keep them out for now. I am on the fifth stairs between the two set of bars. I ran here while I yelled at them to leave me alone. They did. I don’t know how I climbed the bars, where I set my feet to get to there, but it doesn’t matter. I only had to give up a piece of my skirt to step on where I am now. Right here, at the middle of a beautiful spring day I sit, sniffing my nose. No, my head isn’t in my palms, and no I’m not shaking back and forth either. I am not mumbling and hell no I’m not crying.

I intentionally pushed out everyone around me, because I was empty inside. Not a cup of coffee, not a cold glass of beer and nor a candlelight dinner could make me respond to anyone. My mouth is dry, the bitter taste of last night’s hangover still in my teeth. My tongue lost its answers and my eyes their looks. I couldn’t even see my father on his visitation day.

All this time, I couldn’t understand those people who laugh way too aloud and wander off with their phones as if they hear the one on the other end for the first time ever. Those with the Let me get this, you’ll buy me something later. But uhm, keep this between us okay?s and Can you lend me two hundred, I’ll pay up in a few days’. Most of the books I lent didn’t come up, and those that did were teared or creased.

Was life a piece of paper that I tried to write on on a rotten table, and had my pen always hit the cracks? Because my words slipped and my paper is torn. And I’m not proud of the last sentences that I came up with.

It must be midnight now. I’m waiting for the sun to come out behind these bars. I will wait with one leg on the other until someone crosses this dead end. While I do, I will be happy. Very happy that I got rid of those pantyhoses that kept sliding down, shirts that always had to be ironed, foods of the monthly fixed menu, and cigarette smoke of others. I will stop that someone, and say hey. I will give him all the money on me and say can you go get me something?. They won’t question why I’m there, but ask like what? Then I’ll say Anything. Maybe some cloves, a shoe without a pair, an old piece of lace, a cassette with its tape rolled out, a tin soldiers without limbs, a pocket watch that is maybe stopped, a car without the remote controller, I don’t know, anything at all. I know, they will stare at me, then look around as they try to decide, but they will bring what I want.

There are six stairs behind, and four in front of me. The coldness of the marble hits my bowels, a staggering pain in my stomach. I’m in a maddening void. At first I thought it was temporary, your relationships that failed must be giving you cold feet for men I said to myself. Just wait, it’ll pass. It didn’t. My displeasure spread out to women too. I couldn’t find any meaning in anywhere I met and spoke with them, not in their nostrils, not in the blinking notification dots of their phones, not in the shelves of their refrigerators packed with food. Had I really hugged all those chests, backs and shoulders for years for nothing? Had I written letters, ran my fingers through other’s hair for a gigantic NOTHING? Well, I couldn’t tell so I put the blame on them and ran here.

I pull my knees closer.

This spring is a different one. I don’t understand the language of the wind, it brings all the noise of Istanbul on it. I panic.

I’m feeling that stray cat, trying to draw the attention of kebab-eaters, I set shop under tables. Even if they don’t give stuff from their plates, they look down and try to pet me, oh you silly, look at how cute it is. Spits come out of their mouths as they call, here, kitty kitty they rub their fingers together pretending to have food. They always pretend.

There is a small church behind the longer, pointier bars. It is right behind my back, sticking five fingers up to the sky with its bell that is way too big for its size, and its pitch-black embroidered cross. I am kind of scared to turn around and face it, a silhouette so dark and so silent. Nocturne birds chirp, they are in pain up in the branches. When the morning comes, they’ll have rotten and rain down on us…

“Mister Victor Hugo, you better write me a different ending by morning!”

I remember all the nights I sat thinking about who to call. Those times when I hopelessly waited for the bird of the cuckoo clock that I was left with after my grandmother died to come out. What I’m looking for isn’t coming. But, if the bird had come out, if they had come knocking on the door with a bottle of wine, or with a box of their favorite snack or mine, or a bag of tangerines maybe… Cemre, Ufuk, İbrahim, or Oya, someone. If they had hopped on my purple couch that I bought in twelve installments, zapped the tv a bit and said “Let’s play a word game”. Then maybe I wouldn’t have ran here, with bare feet and in a flannel dress.

The wind brought rakı smell right up my nose, Istanbul, dancing even when in agony.

Deep corners of the church have begun to me shivers. I guess I had to lock myself in here to grasp the extents of my solitude. Had I known I’d come sooner.

It was all because I believed it’s going to be alright.

Every cloth that I tied to a tree on Hıdırellez[1] faded already, every piece of paper I buried under a rose tree probably flied away. And the money! All the coins are surely gone. When I wake up every morning on the sixth of every may, I found only myself under the tree. The void… But I didn’t back down. If the soil ate the coin, then maybe it would spit out my mom.

The soil doesn’t have a shadow, so it gets back at us for it is bound to be crushed forever, by taking us in. All of us, one by one…

I dare to take a look at the cross behind me. Majestic. East, west and north, you are so close together, and you south, why are you so distant? Tell me, tell me why did you run off so far away. And weather with you is so warm, your rain isn’t cold, and it doesn’t even snow. Why did you run away?

I feel an urge to turn back and look at my feet, but a movement in the window stops me. The possibility of him living here in this church where not a single light was lit makes me tremble. He must be a man that pulls the ropes of the bell using all of his body force, ends the day with one or two meals, with his tattered clothes and long bangs that gets in his face.

Every single time I attempted to be a writer after beginning a story, as I realized I lacked the imagination to picture where I would seek refuge, even though I dripped ink and sprinkled ash on the papers I wrote on. So I started thinking. At first I imagined I was a waiter on clock, sneaking one last cigarette at the back before going in to work. I smoked quickly, like they would. I noted down places I could run to on a thin piece of paper. I went out the street. Hit a couple of drunks, passed between some couples. I got in an out of allies, left behind crowded tables and concert queues. Then I saw this place, between two set of bars. Airier than a jail cell, prouder than a cage.

The source of the movement in the window is a shadow now, it is growing. Now it has holes for eyes, and limbs. I am shrinking at my marble seat. My void multiplies. If I tried to get out from the gap right now, I know I couldn’t. I locked myself in here. The church bell rings, untimely. Someone touches my shoulder, his hunch bigger than his head, he’s half my height, his flesh covers one of his eyes.

“You’ll catch a cold, come inside,” he is clenching his hands in mid air against the bars. His square fingers and calloused hands become my step.

I am pushing myself up with the strength I get from his hands.

[1] Hıdırellez (Noun-Turkish): is celebrated as the day on which the Prophets Hızır (Al-Khidr) and Ilyas (Elijah) met on Earth.