You Run Towards an Era, Oksana 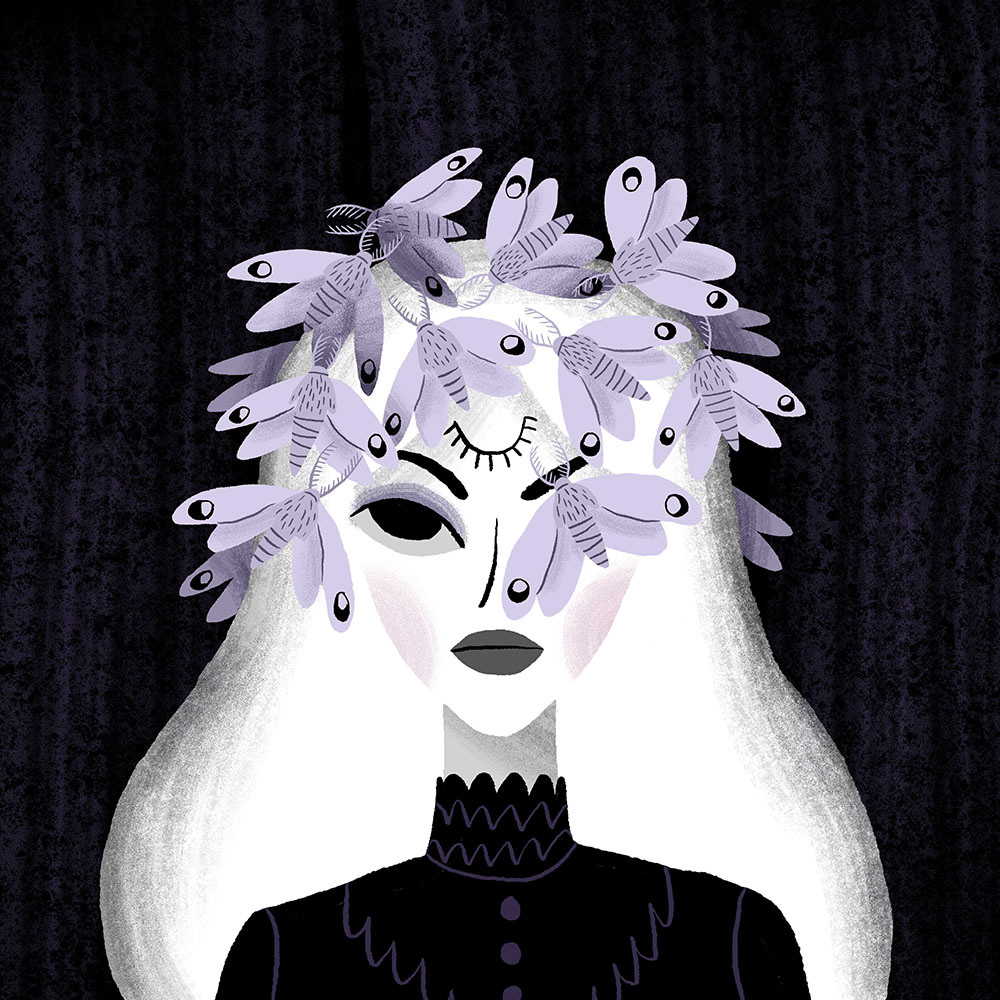 Among the times in which the soul lives in human body

or body is not purely equal to a worth,

which time were you in?

The time where blood creates a stream,

The bodies piled over and over smell curse soon,

In the times where existence was recorded on heads’ account,

Where people are called animals to be belittled?

Before admiringly being mesmerized by nature,

maybe the times when the first tree was cut,

was it the times where muscle power between receiving and delivering is valid,

where bundles of children’s necks were cut,

and guns were not given to women

to protect the castles between their legs?

those were the years filled with habit definitions

under the definition organs expanded,

it was a time when sitting and reading a poem, jugging on a hill or taming

the sea otter was not acceptable.

as you cannot choose when you’ll born, they gave you names,

you had to get used to the name as well, in which family you were dragged.

maybe because you didn’t shape the callers in human form,

with the blood of your tongue.

the first rape night at which you made a decision between

having a head of surrendering to obedience by nodding

and reaching the temper they want by darkening the heart,

you didn’t say anything to the men of the house

at a lever’s power that can go beyond nail, teeth and kick.

Much later after the discovery of fire

the day you dared to get out of the walls of garden,

you cultivated a walk for yourself.

beating away from home, crying for a few minutes,

without permission, by solely getting lost.

Waking up at sunrise and the cows,

the sun is climbing and the laundry,

the sun is getting away and feeding men,

the sun is right at the top and preparing drinks

from heaven’s fruit, to cool the stomachs.

When sun turns white, with that skirt

with that cloth in layers, that wall.

You run before the knot.

trees also run, when you tasted the cool drop near the stream

Slogging through the mud and unbalanced between terraces,

water’s opposite direction, whatever rustles and jugs

feeling all on your face

You didn’t return to your childhood by getting away from home,

you only saw smokes ahead.

They were drawing starry shapes in the air.

you went to the smoke.

standing over the big fire.

She realized you, reached her hand to you and you walked towards the hand. At that moment, you realized the ice and fire invading under your head and upon your knees. You were burning, and also you stiffened. Fingers of the hand merged with your fingers, you met with a couple of black eyes, and you put the fire out with your melting ice. There was neither drop nor soot at her feet; you felt, that moment didn’t belong to the present time. You looked at the eyes of white woman, you offered her a curiosity.

It was a time when a horseman run and a mammoth walked at the same time. It was the time when steam was firstly engine, when they figured out how to burn the grass that gave dreams. Those were the moments when a baby got out and a stomach was cloven at the same time, when a stomach was not cloven and baby died inside. It was the timelessness when Eve got bored and gave pleasure that a snake could give with its tongue by climbing between her legs.

She wanted you to undress and you did.

You got in the fire and stood, your hands crossed on your breasts.

The unpleasant smell of your flesh reaching metal as it burned

you got out of the fire and hold that hand again

with the worms under celery rib

you swallowed the rainbow mushroom

that appeared on your glass’ reflection.

You suddenly saw the tiger’s teeth on your ribs,

how black lines on tiger’s fur waved with your hair

the trunk and elephant got in your way,

your teeth from the pearl drop on your tooth,

red ears playing with antennas of the giraffe embracing your neck with its neck,

the reptile on the moulds between your legs

a pitch-black orangutan from that reptile,

an azhdarchidae fluttering wings wider than its head

you caught your scream falling amidst your voice.

you stole the green cover on your black skin

from your mouth, there you tasted it

between two lips and from the liquid coming behind a head,

you reached and hold the milk as if your breasts sprang

and poured them all to your mouth

Everyone gathered around that woman and the baby she held. While the ones who wanted to see the shape of the creature were treading each other, the ones in front were petrified by what they saw. The thing in woman’s arms was not an animal, not a plant, not a stone. The pouring thing was not water, the previous one was not equal to the fire, and it was not a fast breath of excitement. It was a person that resembled the woman herself, having the same skin color, the miniature of her nose, eyes looking curiously, mouth opening with smile, puffy stomach, and embracing the earth with red hair, embracing the air with fingers. Was it the absence of black hair starting from between the breasts to ankles, then starting from the forehead to butts on other women, or the jumping of the baby from mother’s arms and crawling towards cinder that bewitched the crowd? Or was it the lengthening and widening as it stood near cinder? Its ability to touch with an attitude from the hair as it widened or to the crowd.

You covered your face with the remaining soot.

You wore your clothes,

you put everything left in your pockets,

Everything was same when she returned home, the sleeping ones slept

bodies wanted to be sucked,

the pulps of heaven’s fruit stood on the counter.

while sirs were expanding at where they sat,

the profit of an ordinary day in which slaves dream,

becomes clear in bed at night.

They, all of them, pray to god because they eat their fill

on this day they spent without questioning their freedom.

The bonding of the flesh, obliged to shed blood, with bones,

and that day, to be grateful for their bones

to stay on their bodies, their calls.

You climbed the ladder,

in a room with your first rapist reading the manuscripts in his hands,

your brother taking a nap in the other room

my pasha, my pasha

the third one downstairs practicing his melodies on piano

my lad, my lad

with the cousin training the baby dinosaur in the front garden,

my fellow, my fellow

the youngest brother who turned the ceiling into a lab

and speaking with black holes in space,

let me die for his balls

the elder sister trying to sharpen her eyebrows,

my queen, my queen

their mother with hives

you imagined a great fire to burn them all.

One didn’t hear the other’s scream because

the way you pleased them before screaming

was hidden in you.

You pierced them all

from their deficient and crooked ribs

You set all animals at home free towards wilderness

and you brought all foods in the kitchen,

all wines in the storehouse,

all coals and woods

to the front garden.

somewhere in your memory you were bended and folded,

your legs were raised,

you returned the time of a monopolized bloodbath

You granted red to yourself,

The rest of the ashes, you blew