I ride my horse like a flash towards the city. The hardened parts of the leather halter that I’ve shortened well enough are gathered in my hands; they hurt my hands as they curve. The heat of its veins pulsing on the neck rears my blood up. Two soft-colored city walls appear near the sides of the gate.

I enter through the Lion Gate of the city abandoned centuries before. A white pigeon flies over me as I pass through the gate. My horse is scared, opens its eyes wide. I turn towards the place the pigeon flies, but it disappears. We walk on a long and thin road, paved on its sides. The clip clop coming from the horseshoes…

It requires courage to set eyes on a city abandoned by people, off which wolves and dogs keep their paws, on which only grateful birds fly by, and it requires courage to enter the city by bearing the sorrow which curves over it and embodies all borders like a lantern. One needs to gather strength by suppressing loneliness, plainness, and silence from where they puff up, perhaps by gulping a few times. That splendid piece of time in which we always compare past and present, in which we can imagine all dead things in their liveliness without closing our eyes. That moment when we start loving the ruins, remnants, moles, snakes of the city that doesn’t bleed. 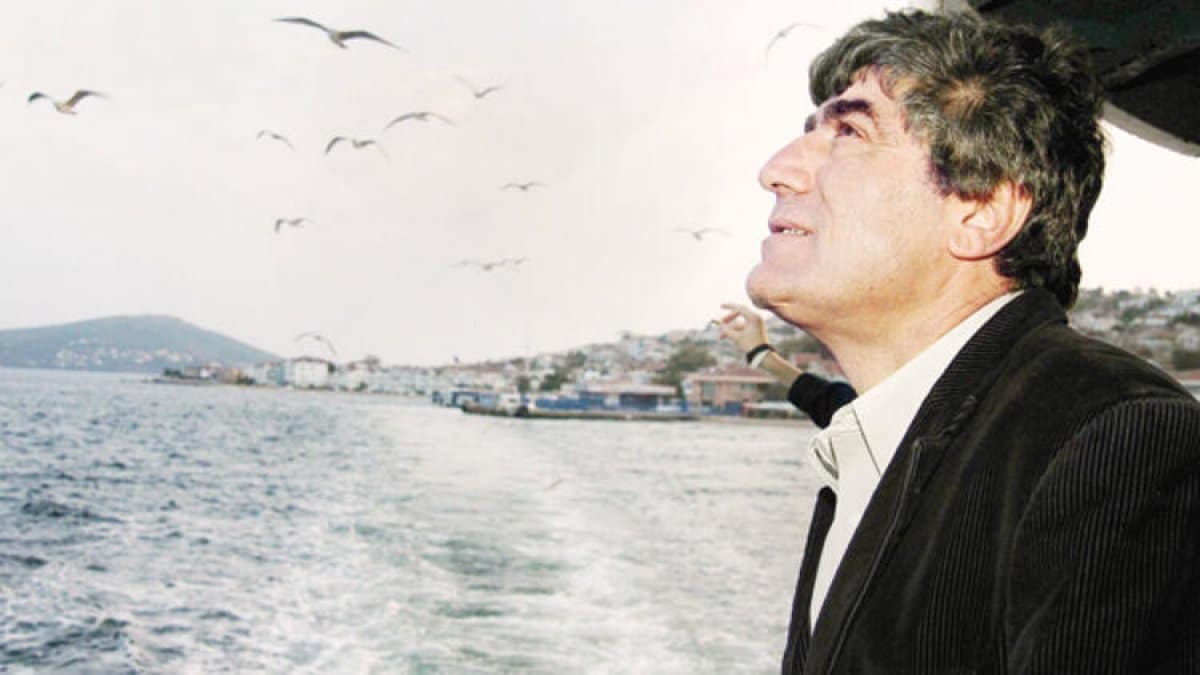 What was the thing that found a horse and brought me to Kars? Did I cover the distance for miles and miles because I didn’t happen to meet the wide shoulders of the man, I insistently waited to see on the pavement I stood sometimes? Did I forget the pavement on which blood cannot be washed away and believe that he waits for me here? Did I give rein to the voiceless anger of my compass I took from my inner pocket, so I hung my jacket on its side pointing east? Was it me who put water and bread in one pocket of the saddlebag of the horse, and the breath in the other? Was it me who tried to catch that breath with this city in excitement and hurry, dragged the dust behind me, and accompanied the buzz of bee hives, with hairs in my eyes? Is it only me who tries to find Hrant at the place he stood and looked at the stream, before that pavement?

As the pigeon is fluttering its wings, its feet with three claws get taller, thicker. Thin bones under the white feathers turn into human legs. Its chest stretches more and more and turns into two breasts and a flat belly. I hold my breath. Its head gets through its spooky eyes, its neck gets thicker. A robust nose, thick black eyebrows, dense eyelashes, bright olive eyes. It buttons the collar of its shirt properly, whiter than its feathers, and pulls the pants up its waist, rubs the land with the toes of its shoes, opens its arms like a pigeon opens its wings, pulls me under its arm and embraces me. It looks at Ani and heaves a sigh.

First, I’m Armenia. Secondly, I’m from Turkey. If someone wishes to join these two shores, my wish for it is two times more. Look at that shore. Can you say that they do not call people of this place as “the other”? Or people of the place you stand do not call the opposite ones the same? Because another one is “the other” in the identities of either the Turk or Armenian; this otherness is an irrevocable existence condition. It’s up to us to look at the two shores one by one and to heave a sigh. Yearning is left on the shore the watercourse divides. It’s a woe if I stay here, and it’s another woe if I reach Ani by passing the watercourse. Take Ashots, Gagiks, Byzantine, Seljuks from one side, and take the present from another side. Look at Ani from where I stand, both from this shore and from the opposite shore. Say live, live as long as you can and be wasted decreasingly on your own in time. Ani has come to this day without you. You were not there when the graves opened. You were not there when we were researching this city under the category of ancient cities. We discovered, put signboards in front of all buildings. Say. We never used the word Armenian in the enormous Ani, except for the Armenian priest who dynamited the minaret. He was a priest and he dynamited the minaret as well, so we wrote Armenian only there for the tourists to see who did it. Say so then. After all, Ali always threw the ball to Ayşe. And Ayşe to Ali. The ball was not thrown neither to Hristo, Hagop, nor Delal. At first it was like no Armenians lived on your land, there wasn’t a city as Ani, there was “Anı.” Let’s say they lived, but they were not too many. They were few or went astray. So they collapsed affectionately. Then what could we do, they were wasted on the road because of a disease. Oh, they were sort of human. Alas. A few died, so many died. Then? Then there’s nothing. Something happened, but those things were groundless. Which part of the honor related to being a human can we save, if we call this genocide or relocation? So come, let us save the historical pain from the hands of humans. Let’s not be a part of daily politics. Neither Armenian nor Turks may exploit. Let’s refuse this as the grandchildren of Ani. Let’s back our own pains and carry them until the last judgment. Do Armenians have an eye on Ani? Of course they do. But the eye is not for backing this land and removing it, it’s not for breaking up the land. Do not be scared of them. They do not yearn for removing this land, but they yearn for being the land itself. Aren’t they the ones who organize tours up to the border, piling into buses, in order to look at Ani from afar? Now you look at that fallen bridge. The bridge from where the Silk Road flows, where Turkey and Armenia connect. The farther border gate is closed, you know that. But you secretly desire passing this bridge by stepping on it with your soles. Passing to the opposite shore from Ani freely. Two piers of the bridge are on the two shores. Wracked. Two shores of the dreams that will not come together. The curved natural border put on the map by flowing Akhurian. You want to soak your feet in the cool water of the watercourse from this side. You want to listen to Ani’s story from this side. Your hands free, you return to your shore.

I rode my horse, didn’t a ask question to the one who held my waist. Let’s get out from the ruins and tell proudly that Ani is the capital of both of us. Let’s flutter our wings happily from Anatolia to Istanbul.

I read its name on the first building at the street: Halaskargazi Street. Clip clop. Clip clop. Slowly. I see the pigeon walking before me. So we will take it again; it called us in its imagination. Horses know, horses hear. It wants to go back to Ani. We would go back. We would live. I clasp the halter and gallop. A man with a white cap runs ahead. Then I see the gun he takes from his pocket. He ranges the gun behind his beautiful head. A bullet in the air. Steady. Straight. Moving on. I beat the stomach of my horse with all my power. My horse rears up like when it first saw Ani, but it doesn’t stop, it gallops. Foam at his mouth. Foam at my head. I see all things I will soon see in a minute, I get ahead of time. I would shout out that this pavement cannot be washed with soap, but I stay silent. I stay silent and get ahead of the bullet. I pull the “pigeon man” I saw in Ani and put it on my horse, before the bullet touches its head. I enlace its arms to my hair, and my hair to horse’s mane.

I ask for wings from the pigeon in order to escape from the bullet. We fly with whiter than white wings on my horse’s ridge, in contradiction with the color itself. By Agos, towards Ani. We weave the sun’s copper breath behind.

Note I: “The Things Pigeon Tells” part in the writing was sourced from Hrant Dink’s “Two Close Peoples Two Distant Neighbors” book and formed from his own sentences. (Hrant Dink Foundation Publications)

Note II: The photograph Hrant Dink took  included in the writing are permitted to be used by the Hrant Dink Foundation’s archive.