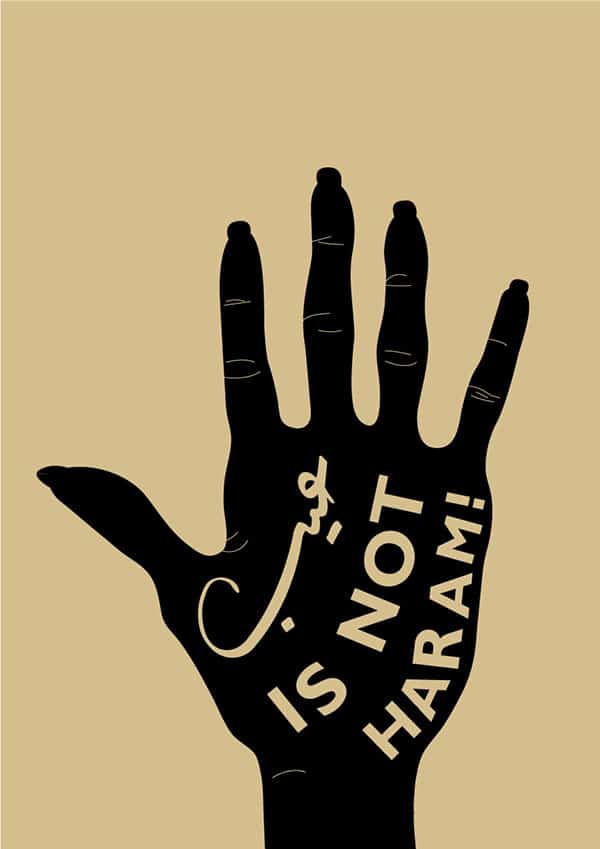 From the ground, looking at him from behind their hands

Shading the sun, they did not take his body down

Without reaching forth they clasped their hands

Under breasts, they separately took sides

With the arrogance of lament and witnessing the punishment.

It was before our caliphs approved taking sides.

Beneath the irritating cloth covering my body, tacking my eyes on my pubic,

My mind on nails and my feelings on the pinned crease of the turban,

I took all faces around the crucifix

And brought them to you.

I didn’t like the way my milk sibling raised eyebrow

On this sphere surrounded by

My hips when sitting, my soles when standing

How can blood for blood penetration into deserving

Be reasonable because I sucked the colorful liquid

By means of the cloth I took off my head.

His body was not taken down from the crucifix today,

The murderers of children shot on the police barricade were not found either,

We talked this in the afternoon, twelve women in total

At our ink day instead of gold, on our first meeting after Sir Muhlis’s heart attack

On our second meeting after Madam Besime’s hysterectomy,

I said, “He stood on the crucifix for thirty days, rotted, crows ate him.”

I would never forget their faces.

I didn’t like the way my milk sibling nipped me

Being sent to schools, enrolled in courses

Calligraphy, ballet, piano and folk dances – I hoped we do Caucasian dance –

In the course of knowing at a glance

“Don’t you dare nail him on the spruce.”

I could understand that the one wearing the crown of thorns

Was my desk mate Abdullah

After three rounds of beating, how he stood

On one foot, arms spread

And while the pee he couldn’t hold in

Flowing down his aesthetic legs

Let me wipe your shame with a big towel

The scents used by pilgrims, troubled beard, after ablution

In the collective smell of humid feet, in the middle of our house

To frighten away the crows from the sausages my father stuffed

We made a scarecrow made up of short arms nailed on a long timber.

Only tied black ribbons on the short arms

By obeying our granny unwilling to draw a face on it.

On top of the long timber calico became turban

It was from the maidenhood of Huriye the mistress –

It cleaned the floors for ten years, the flowers were not visible anymore –

While consuming everything halal, there were

Some neighbors deluded by the dream of finding another country

By way of the fiber between our teeth. We spoke for the ones

Who identified the ones eating pork, they cut special willows for each

Promptly and free from inertia, without arranging long and short angles

They made elegant crucifixes.

Pleasurably listening to the confession of atheism

We had to inject the apparent power of idyllic Muslimism.

Coming from the baby’s neck beneath the muslin on the fortieth day,

At the sacrament of blessing for the bride of aunt Gulsum.

Being brought to the same warlock the eighth time

Demons in us could not be exorcized,

As the weary warlock blew and jumped at times

Jesus was not taken down from the crucifix today,

Hence we let the demons out and we knew

The beginning to extinguish our warlock’s fire

Three Al-Ikhlaas and one NASA

Against the evil eye to protect our government

For national unity and solidarity

I took offence at my milk sibling’s saliva

Thinking what to do with the tax cuts of my salary

In my odorous life embordered with roses, in the night

I was invited to my milk sibling’s wedding

I thought all lessons and courses were not idle anymore

– I hoped they play Caucasian music –

As I saw the gold coins thrown by

The gold on the breasts of bride and groom surprised me

It was not the embossment of

From the ground, looking at them from behind the hands

Closing their eyes, they did not take their funerals from djemevi

I regularly arranged each face and made each of them

Take sides for neither male nor female ones,

How shall my milk sibling know Al-Fatihah, she began with he neither begets

Beside the scarecrow in the afternoon I caught her

Greedily biting the sausages as if a crow was pecking

I told what I saw, my hair was cut and tied instead of turban

My hair was the new front line for crows

If this tumbledown crucifix grew and fell,

They would spring from my head pricked by the scissors.

The face of my milk sibling resembled Saint Peter’s,

We were brought to the same warlock the fifty eighth time

The haunting curse was not exorcized again, I took

And brought it to you.