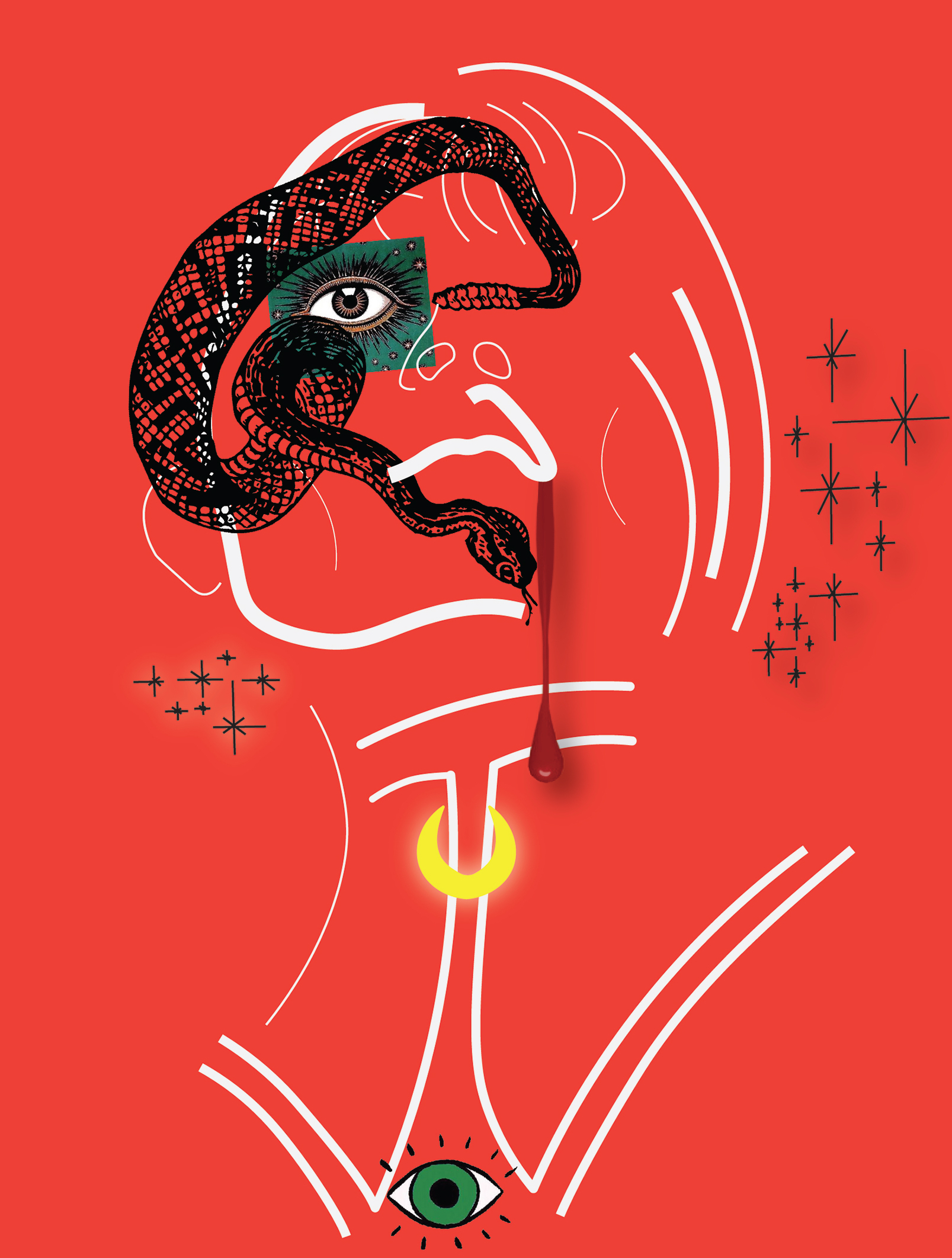 in Turkish we sigh and say, ah, I curse you.

who cursed whom, it was ignored.

it’s up to me to name melodies; you nestle the nooks and crannies

of consciousness, calling for attention upon consideration.

with or without predicting what would happen

defending the trees of Gezi, the forest of Mount Ida, the stronger

the root holds the soil from where phloem gathers, unites us all,

the stronger people adhere, or in the mainland

the citizens embrace with constrained love. whoever wants to be

burnt through off-white hodden, just to spite them, our country

burying us to the ground.

beholding the curl of desire, I traced binary articulation.

from the projection I split the hip curve with two holes,

draw an erect line from the rectum,

sprinkle on it spots

desire, shame and blood, in dots, lie back on the existence

of steady equations. the set of all points on the same direction

going towards the infinite from both sides, there is only the length

but not the width.

our essential rule of geometry: the length of a line cannot be measured.

I walked throughout the plane of the line I called forest

and I saw the end with me.

on the fragmented plane I spread apart my organs

upon the algebraic statements, my mass and my taunted body.

going towards the infinite from the other side,

as the ray spouts from self-deception.

you suffered during youth, you hoarded against

the elders who adhered to laughing and crying manners.

the overwhelming period of early and middle ages

oppressed your childish side so much that

you didn’t participate in public resistance, then you said,

my soul is there, but not my body, while trying

to buy another aromatized food to your infant

if only you were with us, we were burying Ali Ismail then.

he was a fellow citizen, but you didn’t attend the funeral, for the sake of

your new young, beautiful spouse; we dismissed you

from the convoy revolted against the government.

with unspeakable feeling, it could be described

through agony, self-perishment and personal annihilation.

under the protectionism of myself I used my body

shielding the tree’s body in Gezi

alone to resist the fearsome sovereign. your face and mine,

to stone my mouth. I carried them on the same axis,

gathered them in a single direction.

rage of the past is collected through a sigh,

like at the centre of crisis built by humane reasons

that cannot flow at the axis of deception and fallacy.

I found you, I found my legs embracing the same tree.

I was exposed to violence by my father as well.

the life I lived without knowing how to overcome

I saw in your hands then kept silent,

it is by any means better than the father’s beating,

I thought and took shelter in benign orgasm of which

the mouth shouts oh the contractions, me first,

me first as usual.

then you and the hips in a thousand movements.

the rage – it vomited on my membrane,

the mere codes of it being social, they had to overwhelm,

penetrating and taking out masculinity.

the beard on jaw line had a mark in my membrane,

it fell into my mouth, even the hair I tried to

spit out of my tongue.

I gave shape to annihilation through pleasure.

on the fragmented plane I spread apart my hands.

the algebraic statements, my space and my taunted body,

one side is closed, going towards the infinite from the other side,

spouting from those who carry out self-deception.

I alone welcome people letting me down,

Turkiye and indeed my tongue.

neither brave nor inured not even victorious,

I wish they didn’t exile us, each of us,

one by one, the ones who write or draw or swear.

I wish I didn’t swear inside

from the membrane to the mouth.

the thing is: whomever I tell the belonging,

I don’t want to believe in or I am exiled or I exile myself,

the don’t worry and never mind and the all right fit into my expression,

in the languages they cannot understand

inured by articles and gerunds.

my saying haunts my tongue.

in Turkish we sigh and say, ah,

rendering the sigh with Zeki Müren and Bülent Ersoy.

we flow into a common downfall.

it can extend to a place where the line cannot express

itself with infinite points, it cannot reach the ray.

the sigh finds echo in a place where

haunts and howls in the ears

do not wither. we form sentences with remedy, suffering, heart and soul.

in Turkish we sigh and say, ah.