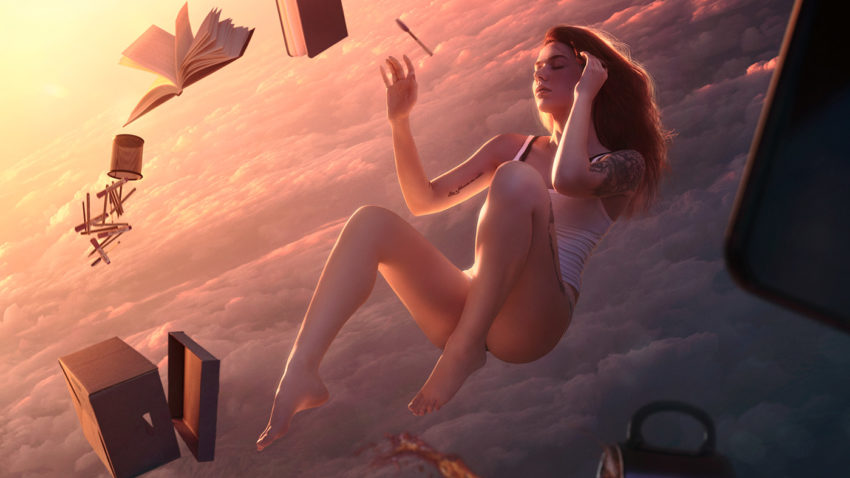 Sigmund Freud’s dream-work theory can be helpful when we attempt to solve the novel The New Life and what we deduce as one, long, irritating dream that begins with the opening line ‘‘One day I had read a book and all my life has changed’’ (Pamuk, 7). That deduction is made when one reads the novel as the narration of Osman, blinded by the light coming out of the pages, entering a whole new path with a gradually erased consciousness, reproducing with the consciousnesses of others, continuous re-building of the self, but experiencing mental shutdowns at his every return to his reality. When we take its patterns, displacements, condensation processes and how it cyclically rebuilds the representative tools of dream in fluxional manners into consideration, can The New Life be an example of dream-work at play? This text will argue whether The New Life of Orhan Pamuk manages or not, in itself, to resemble a dream-work, described by Sigmund Freud. Here’s a detection by Freud in his The Interpretation of Dreams:

We have introduced a new class of psychical material between the manifest content of dreams and the conclusions of our enquiry: namely, their latent content, or (as we say) the ‘dream-thoughts,’ arrived at by means of our procedure. It is from these dream-thoughts and not from a dream’s manifest content that we disentangle its meaning. We are thus presented with a new task which had no previous existence: the task, that is, of investigating the relations between the manifest content of dreams and the latent dream-thoughts, and of tracing out the processes by which the latter have been changed into the former. (Freud, 295.)

When we think of The New Life as one whole dream, we find several instances that provoke us to reflect on the ingredients of this dream; such as that characters demonstrate tangled personalities (Mehmet-Nahit-Osman trio), and that Osman realizes that he in fact took Mehmet’s name in a displacement, snaps out of real life once he’s exposed to the book’s light and enters a vicious cycle of change, cuts ties with his mother and falls in love with Janan, who can possibly take the roles of both mother and partner. Also, this unreachable angelic concept and Janan are constantly intertwined, and every time Osman calls out to this “angel”, which would be fair to define as an imaginary savior, he shows signs of being oppressed because both celestial and biotic elements are referred. The New Life as an uninterrupted dream must be interpreted by allocating syllables and words that could represent the bigger picture it suggests throughout the dream, and not objecting to its certain parts or entirety. (Freud, 296) As so, all the displacements, searching for the angel, postponing the desire felt for Janan, bus crashes, Mehmet’s tendency to kill, the missing-puzzle-piece role that the book takes when it’s actually a catalyzer for change create the pictured riddle. Seeing this riddle like a composition would be the wrong way, according to Freud’s dream interpretation technique. An example would be the dramatic changes that begin to happen as soon as Osman begins reading the book at the beginning of the narration; this is an element present in the dream’s content. However, the narration isn’t just about the changes that follow. We can concur that there’s in fact condensation happening in this phase of transformation, when we cross check the dream content with thought process behind the dream. A couple of questions can be asked at this point: Uncle Rıfkı, railroads, the library in Osman’s apartment, buses, bus attendants, countless names of brands, shops, companies, the Angel, Janan, Mehmet, Nahit, the doctor, and the university… Do these all activate during the dreaming experience and create The New Life, or do they just stand separate as the thoughts that lead to the dream, before the creation of a dream (The New Life) by the sleeping state, simultaneous with the creation of a new life, while Nahit, the son of the old man found on the road by Osman and Janan changes his identity and becomes Mehmet, while Mehmet changes his name to Osman but doesn’t take the original Osman’s place? We must admit that the psychological state of the sleeping Osman has its grounds on a sheer sense of loneliness. As so, each mystery that Osman discovers or solves, which he constantly does, branches out and creates its own simultaneous thought process in different centers of dream thoughts, but they all connect back on the linear timeline. Condensation, omission and connection of these dream thoughts occur at the same time, and with that in mind we can more easily understand why the narration is continuing on a “lacking” line. The narrator controls The New Life, so we can argue that they decide which of the dream thoughts get to be included in the dream as it deepens, and which don’t. This is demonstrated most evidently in the part where the real Osman kills the fake one in the cinema, and adds his own reflection in the dream-narration as a dream thought, and then removes it. 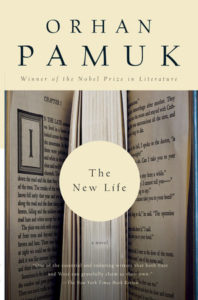 Taking loneliness as grounds for reading The New Life as a dream seems appropriate to give this analysis a Freudian context. Assuming we did that, how connected is this central loneliness to the desire of being someone else entirely at the center of all dream thoughts? According to Freud, such dreams naturally feels shifted, displaced. Elements present in the dream thoughts can be preserved within the dream as well. Let’s break that up: Osman reads the book for five straight hours, and then he sees his own death like an angel coming out of the pages between nightfall and dusk (Pamuk, 8), crosses over to a different world, one without his mother in it because of what he read, regrets this, then decides to follow others who read the book to widen their horizon etc. All these dream thoughts are preserved within the dream content, but are exposed to constant shifting and displacement to get rid of the feeling of loneliness at the center, which leads to the creation of new characters, including a copy of Osman himself. Freud says that it is the repeating elements within the dream thoughts that composes the dream, not necessarily the important ones. Based on that and how frequent we come across the loneliness element throughout the novel, we can look at it from another perspective. Even so, the dream can deny the most intensely highlighted and backed up elements. That could be a Freudian explanation to Osman’s killing his replica without any hesitation.

Lines “(…) how happy I am to comprehend the meaning of peace, death and time.” (Pamuk, 81) and “I used to be someone else once, and that someone else used to desire to become me.” (Pamuk, 57) can be helpful in analyzing the psychological effects that come into play in the dreamwork done by Osman. Because according to Freud, in the dreamwork, strong psychological elements lose intensity (such as the separation of Osman and his mother) while less valuable elements are used to create new values (the university campus turning into a place to reach Mehmet and Janan in time). All of these find their way into the dream content. Freud also claims that the text of dream thoughts and the text of dream content will differ as a result of possible transaction, shift or displacement of condensations during the dream creation. Osman says “Why had I never considered the possibility that he would resign his identity as Mehmet just as he had fled from being Nahit? And what about this particular name he’d adopted for his new pseudonym? If I could have considered it, would I have considered it? I didn’t even consider it.” (?) Where should we search the difference between his dream content and dream thoughts? It could be hidden in the sexual desire for Janan, who revolves around this central loneliness. Her and the angel are often considered as one, and Janan, in time, becomes this sacred symbol of love in the eyes of Osman, but she’s in love with Mehmet. We can add jealousy to the list. In the adventure they begin together, she’s described as a companion, a sister or a naïve angel; yet at the end of the day she’s in fact a desired object. The narrator however, does depict her like a true, virgin saint and not like a living being, a woman with physical allure or feminine features at all times. If this displacement happens as a result of censoring, which is inner psychological defense, as Freud suggests; then it’s possible to argue that Osman is derived by the idea of replacing Mehmet, Nahit or a different Osman, or a different man entirely, lure Janan over and over again and keep trying to have her; because he wants to have sex with her. But this inner psychological factor is censored by the narrator, and Janan is disrobed of her femininity and given the figure of a holy angel instead. Despite all of that, the dream thought catches up around the time when Osman loses control and his urge turns into a touch. “‘Don’t, dear heart,’ she said. ‘You are very sweet, but let’s not.’” (Pamuk, 176) Here, uncensored in the dream, impossible to press down, the erotic desire element Janan, not an angel, joins in on the dream thought as a result of Osman’s primitive urges and a contact that he can’t resist with condensation.

The New Life as a whole text clearly stands close with dream work features. When this novel is considered as one, long dream and read as such; displacement and condensation play a crucial role, and function as Freud explained them in his analysis.