Feminism is Only Way to Survive in Turkey 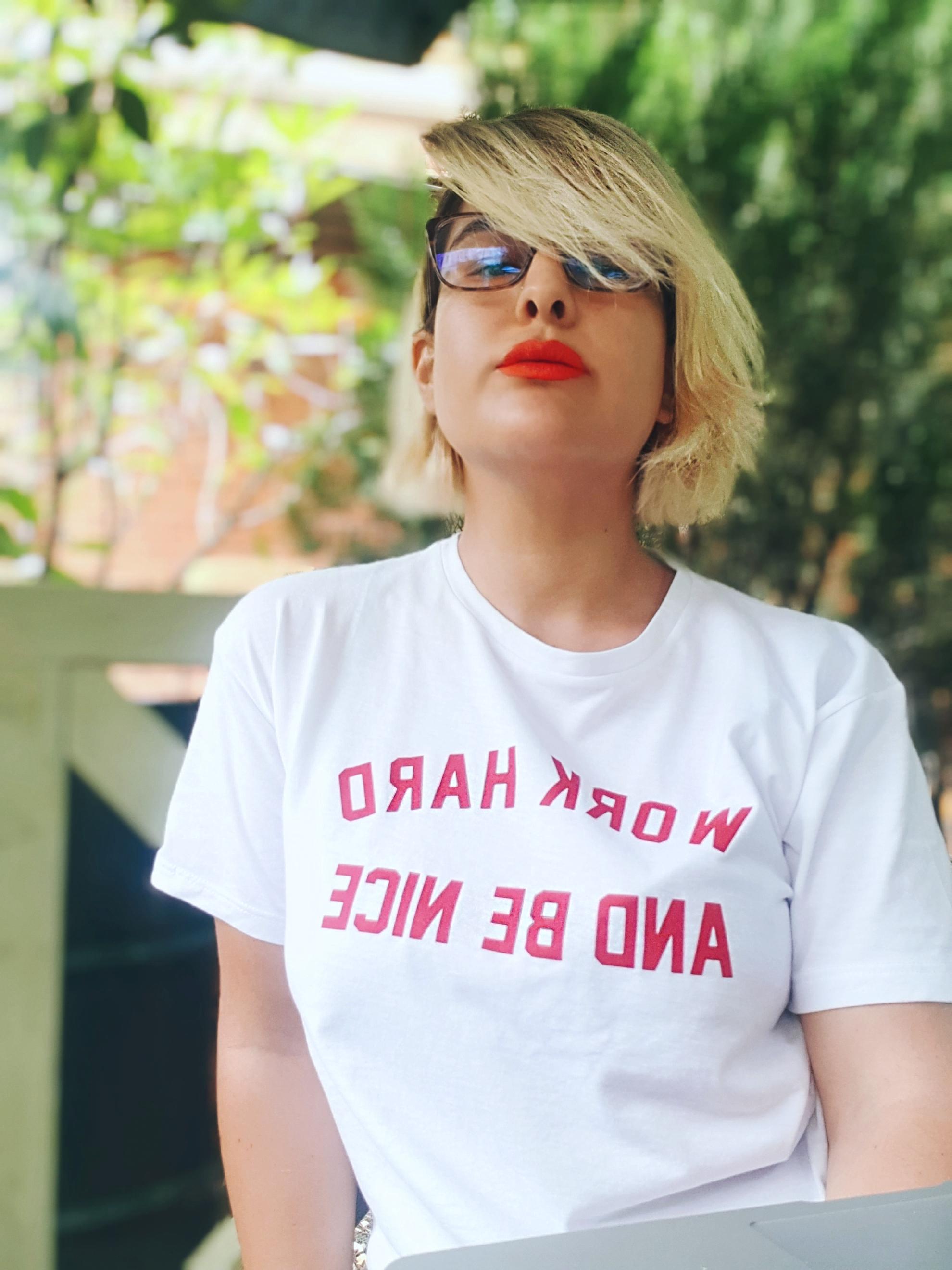 Today we interview @NKarabiyikoglu, a writer and activist from Turkey, and also a past contributor. Questions and answers will be threaded below. Follow thread to read interview in real time. And please be respectful. Thanks for joining us Nazli. You left Turkey not too long ago. Why did you leave? What do others outside the country need to know about what’s going on there?

Hello everybody. Yes, I left my city Istanbul because of many reasons. The main point was I was not feeling safe for various reasons: I could not write what I want because of the ongoing oppression. Also, streets of Istanbul became uncanny since 2001, social life got worse. It was risky to express myself freely, even for the ongoing situation in Turkish literary community. The last reason was my #MeToo article revealing harassments, bullies, mobbing in our little community. After publishing the article I went to through an excommunication.

Was it just men excommunicating you for reporting harassment or did women join in as well?

That’s a great question! No, it was women! Women who define themselves as feminists and activists but also whom deriving power and position from the patriarchy. In Turkey’s literary community most of the cis women do not like people who are seeking and fighting for their rights.

Is the dictatorship there getting stronger, or do you think it will fall soon cuz of protests and activism?

After 2002 our democracy became an oppressive ruling eventually. When they first came, they offered more democracy and freedom. But in time, they start to change and none of the so called democratic allies did or said anything about this change. I won’t expect any more protests because of the Gezi Occupation’s consequences. They will only fall when our people become more aware and vote them out of the picture.

You refer to yourself as a feminist. Why is feminism so important to you? What does the future of feminism look like in your eyes?

If you are living in an environment which tells you always “do not do that, you will ruin your virginity, your dignity and you will be worthless if you do not protect your womanhood”, there is no other way for you to be a feminist. Feminism is only way to survive especially in Turkey. Even in families which have strong socio-economic dynamics, it always comes to a point that tells you to “stop and close your legs” if you are raised as a girl in Turkey. Gender politics are just a branch of a huge problems tree. We have to tell about feminism in Turkey more. Because people may still think that feminist want to “kill men” ridiculously. No. Feminism suggests a balanced world with equal rights, free love and respect for all the elements of cosmos. Turkish cis women and especially TERFs should learn that. And when we come to the future of the feminism, I imagine a plain strategy: Respect for yourself and others, embrace them as the way they are. In Turkey still some conservative people think that it is a disease to be gay (as in the world of course), but the worst point is here they use governmental tools to express their opinion. Last week was the Pride week and you can not believe that how many City Hall official twitter accounts wrote about being gay is a disease, gay people should be abolished by the community.

Let’s move onto your writing. You’ve published several books in Turkey and have two books translated in English. Tell us about the English books. Are you looking for a publisher for those? They’re short story collections, right?

I’ve published 5 books in Turkey yes. Now I have ready to publish translations in English and of course I am seeking an publishing house. Also, I have 2 work-in-progress translations (one short story collection and a novella). First 2, ready-to-publish ones are short story books.

The story you wrote for us, “The Eel’s Lore,” is very allegorical. It almost has qualities of folklore. Is that unique to Turkish literature or just how your imagination works?

I really appreciate this question because I have to tell so many things about this subject. Yes, “The Eel’s Lore” is derived from mythology and Pacific and Siberian folklore. It is a total form feeding on my imagination and Turkish/Caucasian roots. I don’t believe that the Contemporary Turkish Literature is represented broad enough internationally. People mostly know about Orhan Pamuk and Elif Shafak whose books are mostly depending on Ottoman culture and sufism. Of course they are good in their areas but that’s why I am going through the ancient Turkish culture. My translated book “Subdermal Sky” goes through the real way of Turkish culture: Shamanism. I am trying say that, I always stick on my imagination but there is a deep sea which I should tell its fish. And what about the current, everyday life in Turkey? Somebody must tell the world what is going on in this country: Stories of LGBTQ+ people, murders of trans people, cults acts like a ruling party! I am trying to tell this and won’t stop until I reach my goal.

You’ve been busy breaking into the English lit mag scene, publishing in places like @MaudlinHouse @theta__wave @HorlaHorror etc. This morning you announced a new publication in New York. Tell us about it.

Okay, I am a well-known author in Turkey but when it comes to world scene, I am definitely no-one now. The strategy I have is to know the magazines first. So I made my database around the USA and Great Britain. The stories which I submitted to the magazines were from my books. Since I used to achieve any support from an agent etc. I have to work as a publishing house. Indeed! I trust my writing so much, and in 3 months I was published by nearly 10 magazines! Waow! So I thought that USA market is much honest and will go on writing in English or translate my works into English from now on.

You’ve also recently signed on as Interviews Editor at @SampaguitaMaria . What do you hope to achieve with your work there?

OMG! I am incredibly happy to work for @SampaguitaMaria and with amazing people. As an Interviews Editor, I meet poets and writers from around the globe and have a chance to read their work. Asking questions and getting to know them give me energy to stay update.

Who are some of your favorite writers right now? People you’re impressed by or turn to for inspiration?

This a though question. I am not inspired by people honestly. I only inspired by the cosmos and elements of it. My favorite writers all are women, Virginia Woolf, Ursula L. Guin, Jane Austen, Mary Shelley, bella hooks, Sara Ahmed. The only Turkish writer I admire is Leyla Erbil.

Where do you see yourself in the future? What’s your greatest hope w/ your writing?

Future is now! I see myself as I am now in the future: Defending what I defend now, fierce and strong. If I remain like this, I can not see an obstacle for me to become an international author and activist.

Thank you so much for talking w/ us. What a great interview! Is there anything else you’d want our readers to know?

Thank you Trampset. I really enjoyed the questions. I just can say that: Respect Yourself First and Others Then.