QueerStories: The Story of Hate and Fire – Hande Kader 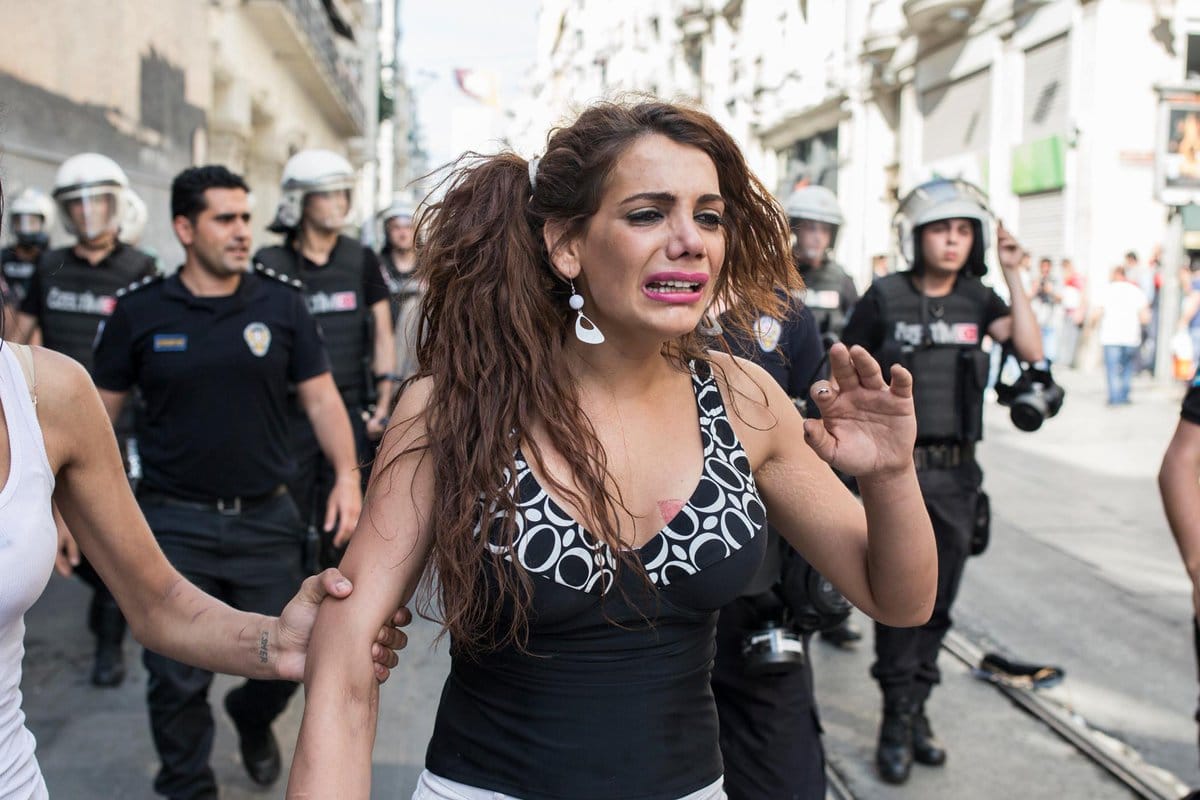 Queerstories is a national LGBTQI+ storytelling project directed by Maeve Marsden, with live events around the country, a book and an award-winning podcast. Queerstories grew out of a desire to hear the stories LGBTQI+ people want to tell. Too often, the agenda is set by politics or the media, but there is more to being queer than coming out and getting married. You can check the website out for further information: http://www.maevemarsden.com/productions/queerstories/

This show [untitled] was held in Ubud, Bali during Ubud Writers and Readers Festival 2019, on 26 October 2019, in Betelnut.

Below is my story, a story about Hande Kader and the podcast transcript. I am sorry if I’d hurt anyone with my words.

These were the last words of Hande Kader, who was tortured, killed, burned and tossed on the side of a dark road.

Hande was a trans woman, who was 23 years old when killed.

Hande was a Kurdish woman, who aspired to study Translation Studies and earn a living doing literary translations.

Hande was an opposition activist, who was standing in first line at pride parades.

Even one of these qualities is enough to be blacklisted in my country.

I remember a moment, when I was about 10, I guess. That moment was my first time seeing a trans person on TV and feeling something awkward. Why awkward? I could not figure this out. Days after the TV show -was it a show? Not sure- all I can see was that woman’s face: red lips, long eye lashes, blonde hair, rough skin. She was not crying but her face seemed to me crying. She was talking about a man, a policeman whose name was Suleyman. Days after days, I was feeling some kind of depressed.

I was carrying her face with me for years. I was writing poems and short stories about HER. With just one image. When my family got the DSL connection, I searched for two words: “Suleyman” and “transvestite”. And I found out that, Suleyman, Hortum Suleyman, in English I can translate his name as Suleyman the Hose.

He was Beyoğlu Police Department’s Chief Police Officer. He is a “transvestite hunter,” a “phenomenon,” and true “believer” of the state and the police department. He fought against all kind of “perverted tendencies” that can damage public morality without feeling demoralized and exhausted.

I was frustrated. The image I loved, that transvestite’s face I carry, should have been teared apart by that man. This realization was my strongest epiphany. At about 15, I knew that I can be beaten if I was different from others.

I tried to find her but of course I could not do it.

Years later, when I entered the colorful world of Istanbul LGBTQ society I was holding a reality in my hands: I had to do something for trans people. I had to destroy Suleyman the Hose’s legacy. But I didn’t know how.

So I went on writing their stories.

The first time I saw Hande was at the pride walk in 2015. She was wearing a black mini skirt, a white top and ballerina shoes. She was so beautiful. Hande stood in front of the riot control vehicles, opened her arms wide and challenged the riot squad. They beat her. She didn’t care. They insulted her. She stood confident. They threw a gas bomb onto her. She went on shouting to the cameramen -yes, they were all men, looking at her with curiosity-what she believed:

She became one of the main figures of our proud protest.

In Turkey, nearly 2000 women have been killed by their husbands, lovers, fathers or other male relatives since 2010. Violence against women has always been a hot topic for us. But when you search about these homicides, you realize that trans women aren’t included in the statistics, nor are non-binary people or people with other sexual orientations, people who define themselves as women. No one sees these homicides, not the media, not the academy, not foundations or trusts, let alone general public. Even when these homicides make the news, people always think that she/he/they deserved what happened to them.

We, Hande’s friends and people who knew her struggle, were the whisperers of this heinous crime in the void.

Why in the void? Because her parents didn’t demand a police investigation. Because her family had abandoned her. Cruelty always begins in the family.

Second time I heard about her was days after her slaughter. Her friends told that they searched for her for a week, filed a missing person report and soon one of her friends was called to come in to the morgue and identify her between couple of other dead bodies. She was brutally burned. Her friends found that she’d been raped many times by 4 or 5 men, and tortured with glass bottles.

Hande’s perpetrators are living amongst us in Turkey. I am living with them. I walk the streets of Istanbul, feeling their breath on my neck whenever I wear a mini skirt. I tell myself how lucky I am after getting home late at night. I am living with homophobic men who identify as heterosexual, and tell me that homosexuality is a disease and how transsexuality is freaking them out. I work with feminist academics, who define themselves heterosexual biological women and say trans women are not women.

The people who hated Hande the most in day time were the ones chasing after her services with lust in night time. This hypocrisy shaped the behavior of many people in my land. What kills a person, truly? A bullet to the head? A knife through the heart or flames of inferno? If you ask me, none of the above. Injustice, silence, and cowardice kill a person. That is why we killed Hande. We killed her because we could not hear her when she was alive, and we can’t not make her heard when she is dead. We killed her because we didn’t let her live the life she deserved, nor the one she was living.

I am telling her story now to raise awareness in all of us, and to remind you that we have people like Hande in the darker streets of Istanbul, Ankara or Izmir, people who wanted to be doctors, lawyers, teachers but have to work as sex workers because of the system in Turkey. When a group of people tried to fund a scholarship in the name of Hande at the most prestigious university of Turkey, the management of the university gave permission, only they decided to cancel the scholarship after they realized who Hande was.

It is a big irony of fate that I am talking about Hande Kader in Ubud, which has the theme “Karma”. Maybe not directly, but kader in Turkish can mean karma.

I am still following the image that I saw on TV but now I have other faces under my eyelids. That’s why my voice is stronger and louder. That’s why I came here. You have to hear my voice.

The video that I mentioned during the show can be found here: