Feminist or Not: Halide Edib Adıvar’s The Daughter of Smyrna 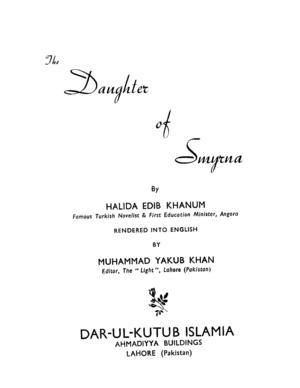 All twenty one novels, four short story books, two plays, and numerous essays written by Halide Edib Adıvar (1882-1964) reflect on the political, socio-economic, and cultural dynamics at work around the periods of the fall of the Ottoman Empire, World War One, Independence War, and the establishment of the Turkish Republic, including the inevitable social changes brought by these events. Among memoirs of the Independence War, Adıvar’s The Daughter of Smyrna is remarkable as its author Adıvar herself was actively involved in the war efforts, and it’s the only piece of literature completed before the war ended. Chapters of the novel were periodically published in the journal İkdam in the year 1922, and a year later in 1923 The Daughter of Smyrna published its first edition. The open letter at its beginning clearly states Halide Edib borrowed the original Turkish title (Ateşten Gömlek, meaning heavy burden, or trouble, in English) from her contemporary Yakup Kadri.

“If my Ateşten Gömlek doesn’t fade away in time, there will be two novels with this name in Turkish literature. Maybe these two will share a shelf in a library, and maybe they’ll find themselves chatting like in a Hans Andersen tale, exchanging the lessons of their pasts.” (p. 15, translated excerpt)

Today, the Yakup Kadri novel she refers to is called Yaban (Strange) and stands together with numerous works based on the Independence War, which is a specific genre for the creation for which Halide Edib is widely credited.

Erol Köroğlu’s article on Ahmet Hamdi Tanpınar and Independence War memoirs argues this genre has a purpose, and the reader can easily follow the timeline flow towards the reached point further along the narration; hence, these texts provide comfort. The same argument applies to The Daughter of Smyrna. The overall purpose defines where protagonists Aysha, Ihsan, Biyami, and Kizban sit throughout the narration; they all possess things to “sacrifice” in the name of their country, their own emotions don’t come first, their patriotism does, in their eyes salvation and the land outweigh individual agendas. I will focus on the character Aysha and investigate how this purposefulness develops within The Daughter of Smyrna. In that matter, I believe there are important notes hidden in a previous work by the author Seviyye Talip (1910).

Another article by Nüket Esen, titled “Seviyye Talip’te Kadın Yazarın Sesi” (The Female Writer’s Voice in Seviyye Talip), suggests women don’t attack patriarchal values directly but do that rather discreetly and object subtly to these values. Esen investigates how this is achieved in Seviyye Talip, written in first person, from the perspective of Fahir. In the novel, despite being a married woman, Seviyye Talip becomes the subject of rumors, about her and Jamal being lovers. Numan, friend of Fahir and his wife Macide, “absolves” Seviyye. Here’s what Esen says about this: “Clearly, the male protagonist describes Seviye Talip, who does something quite radical and unapproved by society, in a positive manner. We definitely hear the voice of female writer in here.” (p. 168)

The same voice is audible in The Daughter of Smyrna. Novel’s subgenre is the journal Biyami keeps at his hospital bed, after getting injured in the war. Therefore, the first person who tells us the story describing Aysha is Biyami. The entire time he writes, we hear the female writer’s voice, just like in Seviyye Talip. Adıvar creates these female characters who engage in political matters, choose the way for change, and endeavor to actively participate in societal life. This provides the comfort mentioned above, through the transformation journeys of women living in the same era, but of different backgrounds – Seviyye/Macide, Aysha/Kizban. In that context, Hülya Argunşah detects in “Halide Edip’te Değişen Kadının Romandaki İzdüşümleri: Seviyye Talip’ten Ateşten Gömlek’e” (The Reflections of the Changing Woman within the Novel in Halide Edib from Seviyye Talip to The Daughter of Smyrna*):

“[Hence] Aysha is the final destination of Halide Edib’s perspective on woman, who makes changes towards being a part of societal life, who now unlocked the skill of taking responsibilities. This woman, from now on, is a member of the thriving nation, she is literally in the war. She prioritizes social happiness over individual happiness. She’s way too far from thinking with ‘I’, and long settled in ‘we’.”

The concept of leaving “I” and becoming “we” for the nation might make more sense when we take Adıvar’s thoughts on feminism. In Aysha Durakbaşa’s book Halide Edib: Türk Modernleşmesi ve Feminizm (based on her thesis entitled Reappraisal of Halide Edib for a critique of Turkish modernization) Adıvar is described as a modern, nationalist feminist. On her grasp of feminism Durakbaşa says:

“Halide Edib, like other Turkish nationalist, believed that women’s rights were an inseparable part of Turkish nationalism and the Turkish Revolution, and defined the true national character of a Turk. Because of that, she argued that Turkish women didn’t need a Western feminist model to achieve women’s salvation. (p. 196)

Maybe because of this, even if she’s been raped, Aysha won’t say it out loud. She will put her femininity aside, continue stitching wounds and changing dressings, and tend to wounded soldiers as an affectionate mother, like the brave citizen she is. I think Adıvar’s idea of feminism is built on masculine grounds. This checks out when we read Durakbaşa sharing Halide Edib’s thoughts on the matter in Mehasin:

“A woman [must be] at first Ottoman, a patriot… The nation’s rights are a thousand times more important than women’s rights, and must be respected accordingly. Therefore, when women shout for their rights, they should remember that they are doing that to be able to properly teach the children they will bear for this nation, not for themselves…” (p. 167)

Having said all that, who is Aysha? What’s she like? Well, she’s the relative that his mother wanted Biyami to marry back in the day. Biyami didn’t want to marry her and fled to Europe. Biyami’s cocky, bourgeois mother finds this girl rather traditional anyway, so she returns to İzmir and marries Muqbil Bey. She gives birth to a son, but both her husband and her boy are murdered before her – and she’s most likely raped here, but this isn’t explicitly stated in the novel, but I believe the burden Aysha carries her whole life is actually this experience of rape. 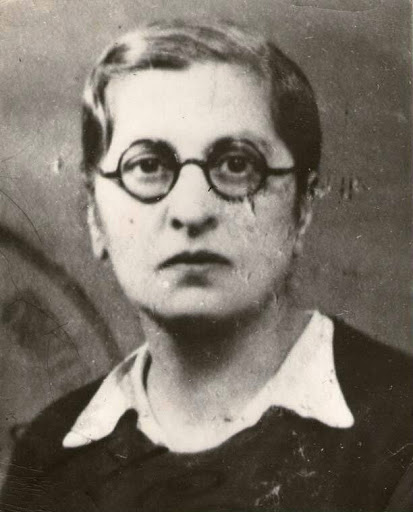 As the story continues, Aysha buries this deep trauma and devotes herself to service. She’s now the mother, the sister, and the nurse of the self-sacrificing Turkish soldier. She buries her love for Ihsan deep too, she sacrifices love for her country. In the eyes of Kizban, there’s something witchy about Aysha. Here’s what she says to Biyami about her:

She’s a brave woman. I can’t lie, she’s not a whore. But she does make the soldiers fight over her. Young, brave men get sick over her. That blond boy, Mülazım Ahmet Rıfkı, why did he die? Well I know why. She’s actually in love with Mister Commander I know. Like I am. (p. 122 in the original Turkish text, omitted in the translated version published in 1938)

I find use in turning to Mary Eagleton’s article entitled Gender and Genre, in which she explains the undeniable place of women’s texts in genre and social gender focused literary theories, and points out to the etymologically shared roots between the words gender and genre. According to Eagleton, genre should be studied in the scope of gender difference. Feminine genres have always been accused of having less quality by means of literature, intellect and inclusiveness and being rather shallow; especially journals which are seen as the tool of pouring out exclusively for women. With that said, I find the odds of Adıvar constructing The Daughter of Smyrna in the form of Biyami’s journal being a coincidence very low.

On the other hand, there’s a contrast between the masculinity of Ihsan and femininity of Biyami who says: “If anything, I’d want her to see me as a brave soldier, not a loser clerk at Hariciye… I must admit that I envy the revolutionist men and women who come to Anatolia, their everlasting smiles in the face of hard labor and their agile bodies that take a firm and united stance against danger…” (p. 97 in the original Turkish text) Biyami genuinely thinks he’s inferior to Aysha, Jamal, and Ihsan. He deduces his weaknesses are due to his feminine nature and declares it out loud too. Adıvar’s masculinity-based feminism is also at play here: it says that strong, smart, and wary is the man, while weak and emotional is the woman.

In the end, Aysha lives her life cleared of all soft spots, somewhat masculinized, ready to heal wounds and fight battles for the greater purpose. She’s almost an androgynous creature. She’s superior to Ihsan, Biyami, and Kizban. She doesn’t ponder over the battle – the rape that happened right to her body, what else is more natural than that? In fact, she’s only taken the motherly attributes of a woman, loaded them in a man’s body, creating an extraordinary product of war. After all, at times of war, a fiery arrow that pierced through a woman’s body is nothing but an insignificant detail next to the Great Fire of Smyrna.

Durakbaşa, Ayşe. Reappraisal of Halide Edib for a critique of Turkish modernization. 1995.